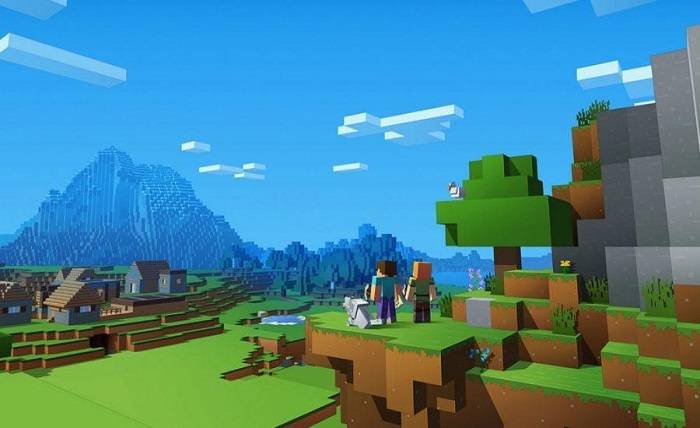 For quite some time, Minecraft has been a fan favorite. New features and enhancements have been added to the game, making it more enjoyable for players. New players to immortal Minecraft could be put off by the idea of putting in so many hours to a single activity. The free-form construction mode in Minecraft is a great way to kill time and let your imagination run wild. Most players, however, will have a lot more fun with the game if they play it with friends, whether those friends are online or not.

Since there are millions of players, it’s not hard to find friends to play the simple yet infinite game of  immortal Minecraft together. While playing with friends, it isn’t always clear what to do.

Whether you’re using the updated Bedrock edition, which is compatible with gaming consoles, or the older Java version, will determine how you interact with other players in multiplayer games of Minecraft. You can only play with people who also have the same edition as you do.

It’s possible to play with your friends in a number of ways depending on the version of Java you’re using.

How to Play Minecraft Multiplayer on a LAN?

When kids have friends around and they’re all using the same WiFi, a game of Minecraft on a local area network (LAN) is a great option for them to enjoy together. It can be challenging to get started without a host computer capable of running the game and serving as a server for other players. But if you already have a local area network, setting it up will go quickly. Any parent would welcome the added safety of knowing that their child can only play the game with other people who are connected to the same home’s WIFI.

Servers are required for the multiplayer mode of Minecraft. In a multiplayer game, all players must be linked to the same server. The only drawback is that you will have to share these servers with many strangers.

Minecraft for Windows 10 and Xbox One

How to Connect to a Minecraft Server?

When parents hear that their children will be connected to untrusted public servers, the word “server” may strike horror in their hearts. If you host your kid’s games on a private server, though, you’ll have a far clearer picture of who they’re hanging out with and what they’re doing online. However, as IP addresses are still a topic of conversation, the following recommendations are made for parents who are assisting their children with the IP address configuration procedure. To restate, no minor should participate without parental permission.

For these platforms, official servers are in short supply. A server can be joined by selecting it from the Servers menu. To add an external server, go to Settings > Network & Internet > Add a Server in Windows 10.

Advice for how to Play Minecraft With Others

If your child wants to play Minecraft with friends, they can choose from a variety of options, including a local area network (LAN), a personal Minecraft server, Minecraft Realms, or even simple screen sharing.

Before we get started, it’s important to note that the multiplayer options in the Java and Bedrock versions of Minecraft are distinct. There is overlap, but understanding your child’s unique struggles will allow you to provide the most effective support.

Using the other hand, Minecraft players on Macs, Linux computers, and Windows PCs can communicate with one another via the Java edition of the game. When it comes to adding custom content and features, the Java version of Minecraft is clearly the best option.

It’s also possible to rent a server from Mojang and set up Minecraft Realms for kids to play online with their friends. With Realms, you may have all the benefits of hosting your own server without the hassle or potential security risks. Two such instances are setting up Realms and creating a universe. Then, Realms has its own set of safeguards to ensure the player’s privacy and security. Unlike the previously described server, where anyone with the IP address can join, access to the Realms realms is restricted to those who have been granted an invitation.

How to Play Minecraft With Others Online?

If you prefer to play online with other people, you may either join one of the many public immortal server available or establish your own private server for a smaller group of players. There are benefits and drawbacks to each. It’s possible that your computer will crash if you try to host a server while also using it for gaming, as the two tasks place significant demands on its resources. Public servers, on the other hand, require you to abide by their regulations and restrictions.

Online hosting services make the time-consuming and technically-challenging process of setting up a server much simpler. The documentation is where you should start if you want to learn how to install a Minecraft server from scratch.

Previous ArticleFameoninsta – Things You Should Know How Instagram Auto Likes!
Next Article The Risks And Rewards Of Online Gambling