Nurse Burnout Is Real And It Hurts

It Is Hard To Be A Nurse Today

Imagine you are simply trying to help people stay alive and they would rather argue with you than actually remain safe and do the right thing. There are nurses in the ICU who are furious because even as they took their last dying breaths, people denied that they had coronavirus and many other things. People were in denial about the fact that they were dying from a specific disease as they died from the virus itself and thus treated the nurses and people around them poorly until their last moments alive. It was a horrific time to be a nurse especially here in the United States of America where people who vote conservative are very easily convinced to do stupid, antithetical and idiotic things that can result in their own death and destruction.

In the grand scheme of things this is why nurses are largely unhappy, because people are really ignorant here in America and treat medical professionals like crap. Americans, especially those who are laden with privilege (including but certainly not limited to those who are white, cisgender, heterosexual, male, conservative, for example) are very hostile and ignorant and entitled and rude when they are interacting with medical professionals, especially nurses. People think that nurses are like their own personal maids that exist in their hospitals, and they are not real medical professionals who are deserving of respect and decency.

Nursing Is A Rough Job For Everyone

People find themselves in an incredibly difficult position when they want to actually fight back against these situations because their job is to be patient and kind with their patients. One of the main issues that people deal with when they are medical aides is that they are required to handle elderly people who are still rude and racist and who have mentally reverted to the people they were when they were in their twenties and thirties, and as a result, they have to deal with bigotry, racism, homophobia and other forms of discrimination when their charges and wards are elderly white folks who are mentally reverting to the virulent racists they were some seventy or eighty years beforehand.

This is one of many reasons why the job is difficult, including the physical violence that patients regularly exhibit in the United States of America. Before you take the job as a nurse you should learn more online about exactly what folks are experiencing as medical professionals and you will find that there are many people who are dealing with violence. People are comfortable with punching, kicking and spitting on medical aides here in America with regularity, regularly enough that people are willing to be honest about the fact that they have just committed those atrocities. People are willing to actually hurt others and be totally comfortable about it with no issue whatsoever, so you have to be careful. 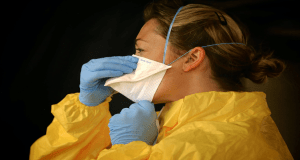 Being A Nurse And A Perfect Person

It is impossible to be perfect, but people are really expecting medical professionals to be gods and goddesses and thus treat folks not as well as they ought to be treated when they are simply doing their work. This is why the job that you could take as a nurse could actually give you serious burnout: people are working you really hard and treating you really poorly, and you are at risk for getting diseases and viruses before anyone else while also not being valued and treated well for actually exposing yourself to the stuff that folks get. People are generally very entitled and take nursing professionals for granted here in the United States, and when we go to other countries, we see medical aides treated much better than the treatment they receive here. People are simply unwilling to be kind to others here in the USA, so nobody is really surprised to see this.

People are really rude in hospitals and often act like nurses are basically maids in scrubs, and thus, they are lacking graciousness and tend to be disgusting and rude when it happens. People are incredibly rude in this country and they will find that nurses (https://en.wiktionary.org/wiki/nurse) will continue to quit their jobs over and over again when there is no other recourse after having been treated poorly and like crap for the entirety of their careers. When you go down the rabbit hole of looking at medical professionals and the way they are treated in their jobs will let you know why the turnout is low and the burnout is high. The fact that folks are unable to actually keep their nurses working as long as they want to is because people are rude and hurtful and sometimes physically violent, so folks should not be surprised to hear the way nurses are reacting nowadays.

Here’s why DIY estate planning is a bad idea

Does Modafinil Work For Anxiety?