Know About The Life History Of Poonam Yadav 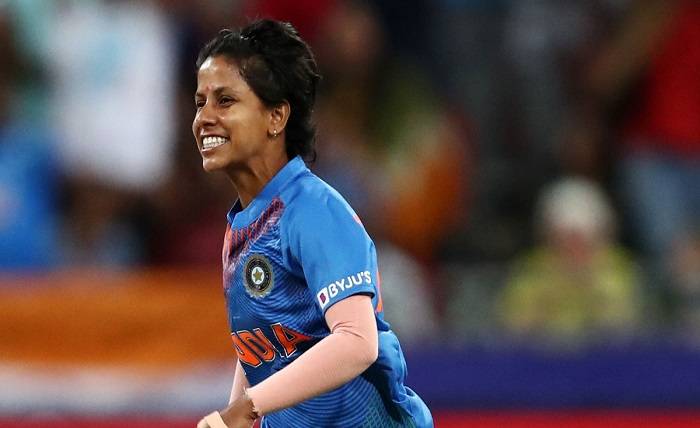 Poonam Yadav is a sensational Indian cricketer who performs the role of a leg spin bowler in the women’s Indian national cricket team. You won’t realize her potential and dedication for game play until you watch her on the boundaries. It’s very evident from her performance that how much she worked hard. She is quite short in height and does not even have a perfect build for sports, still her consistency is what drives her the most in the game. She has a right handed batting style. As a leg spinner, in the beginning she was considered not a perfect choice for the team but after seeing her covering brilliant overs, everybody starts admiring her. She has a lot of courage and calm disposition which made her not only a good sportsperson but also an adorable human being. The insights of life with the support of latest domestic cricket news are:

She was born on 24 August 1991 in Uttar Pradesh. Her father, Raghuveer Yadav is a retired army officer and her mother;s name is Munna Devi. Poonam is always supported in her family. Whenever it comes to her career, her parents leave no stones unturned in making the best for her. Initially to train her daughter well Raghuveer decided to shift from Agra to Mainpuri where she was taught at the Eklavya Sports Stadium.

Three years gone smoothly but then Yadav started having questions on her capabilities, she almost decided to took it off. However her father encouraged and motivated her a lot to bring her back on the pitch. It’s really amazing to have such back support to pursue your dreams.

She played her debut match in the season 2013-2014. She has represented multiple teams since when she started playing in domestic cricket. Together  with bowling she also rocks as a wicketkeeper too. Her bowling style has been legbreak googly. Yadav has a stunning strike rate of 82 in Test cricket format, 37.9 in ODI along with 15.9 in T20I matches.

In the year 2017, she worked too hard for the finals of Women’s cricket World cup but the team got defeated on the verge by just nine runs to England. Her most effective bowling display occurred in the opening match against the eventual victors Australia, where she wrought trouble with numbers of 4-0-19-4. She was also included in the Test squad for India’s one-off encounter against the women’s cricket team of England. Tis the time of 2021 in the month of May. Thereafter, she was picked to play for India in the Women’s Cricket World Cup held in 2022 in New Zealand.

Some of her achievements are listed below:-

She adheres to the standard pattern of tempting hitters to mishit by tossing them up. The pace at which she throw the balls are never perceived by the batters, you will never see the ball coming, it’s that fast. For the batters it’s quite complicating and thus they all feared from her. Unless you have quick perception and hand movements, you can’t chase the ball and it will go right towards the stump until you notice it. She make it real hard for the batter to build scores.

For the Indian national men cricket team, from a very long time Yuzvendra Chahal and Kuldeep Yadav are known to be spin twins. Astonishingly, Poonam has made a big jump becoming a blend of both, giving a perfect illustration of practice makes everyone perfect. Due to her small stature, she often has deliveries that really slide, but when she hits the line just perfect, she can be problematic for the defense.

Initially the Indian women were not recognized much in sports. But with the advancing developments in the country, a lot of changed have come over especially in the field of cricket. With the introduction of women’s series, Indian girls have started dreaming of getting in international team, made cricket their passion and have emerged gracefully. So many girls have build their career here, so as Poonam Yadav too. Being a sensational bowler and wicket taker, she has won the hearts of many. Ups and downs are a part of everyone’s life. Everyone has to face it. Poonam always worked devotionally, initially she took back a little but again sod on her feet to show the world what she can do. Becoming a whole new idol to the country she also gives push to women empowerment which is indeed a big deal. A lot of girls now look upon her and dream of been selecting into a reputed team. She, with her utter devotion to cricket and spectacular performances brought many wins to India. She never gave up and never got tired of pacing, she just kept pacing. We must all show admiration for such a spirit!

Know all about cricket news and updates at CBTF news.

Get the fastest cricket news update at https://cbtfspeednews.com/.

Know all about cricket betting and updates at CBTF betting.

Get the updated expert betting tips at https://cricketbettingtipsfree.com/

Checkout our videos to get the latest updates about cricket and betting tips, and casino

tips to win big with expert opinions at https://www.cbtfmytube.com/.