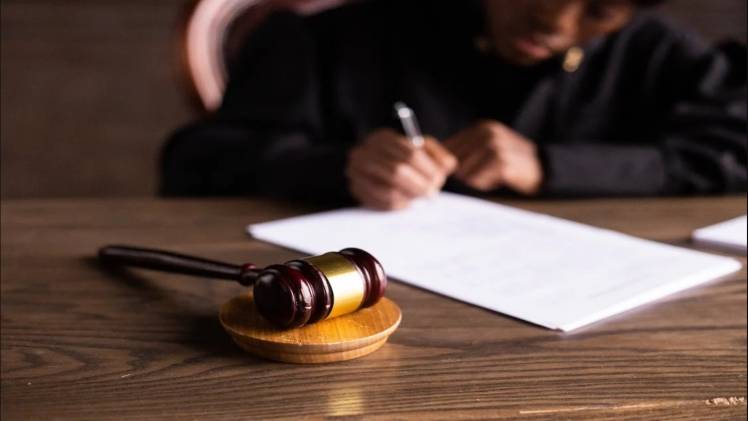 The Camp Lejeune water contamination is a story that’s been covered for decades, but it’s still not understood by many people, and the federal government hasn’t done enough to help those affected.

In this article, we’ll break down the basics of what happened and why it was so terrible.

The story of Camp Lejeune water contamination begins in the 1940s. Camp Lejeune was built as a training facility for the U.S. Marine Corps and was used during World War II and the Korean War.

At this time, private companies provided drinking water to the base. The wells were contaminated with industrial solvents like trichloroethylene (TCE), which can cause liver damage and even cancer when consumed over long periods, as well as benzene. This chemical causes leukemia when ingested in high concentrations over an extended period of time. And is known to be present at toxic levels at Camp Lejeune.

In 1984, the Marine Corps began providing drinking water from its wells after these concerns came up. However, they continued using these private wells until 1988, years after they knew they were contaminated with harmful chemicals.

After finding out about this contamination in 1987, officials decided not to notify anyone who lived or worked at Camp Lejeune about it until 2012, over 30 years later.

Chemical Toxins in the Drinking Water

The chemicals in the drinking water at Camp Lejeune are TCE (trichloroethylene) and PCE (perchloroethylene). These two chemicals are volatile organic compounds that were used by the military to clean metal, paint, and other equipment. They can also be found in dry cleaning solvents and degreasing solutions.

TCE is a known human carcinogen, meaning it has been shown to cause cancer in lab animals when inhaled or ingested over long periods. It can also cause liver damage, kidney damage, and neurological problems like seizures or coma if ingested.

As per a report in CBC, similar toxicity by TCE was seen in Canada among veterans who lived nearby at CFB Valcartier’s quarters between 1995 and 2000.

According to Safety and Health Magazine, PCE is among the first 10 chemicals that have been under evaluation for their potential health and environmental risks under the  Frank R. Lautenberg Chemical Safety for the 21st Century Act.

While the federal government has yet to release a comprehensive list of diseases and illnesses associated with Camp Lejeune water contamination, it is known that the following health problems can stem from exposure:

How Many People Were Exposed

The number of people who were exposed to toxic chemicals at Camp Lejeune is a hotly debated topic. Marine Corps officials estimate that as many as 1 million people could have been affected by using the contaminated water at the North Carolina Marine Corps over 30 years before it was closed by Congress.

The Camp Lejeune Lawsuit is a class action suit brought against the government, the people responsible for the contamination, and some companies that made chemicals that were used at Camp Lejeune.

The government has been sued for not protecting its soldiers and their families from toxic chemicals in the water supply. The lawsuit also states that the Marine Corps and Navy knew about the contamination but did nothing to protect anyone from it.

The class action lawsuit is still ongoing as of 2022.

This Is a Serious Problem That Has Affected Many People

If you were stationed at Camp Lejeune between the years of 1956 and 1987, it is possible that you were exposed to contaminated water. This means that you may have been at risk of developing cancer or other serious health problems.

Persons who were stationed at Camp Lejeune during the period in question have developed numerous types of cancers, including leukemia and breast cancer. Some people also developed bladder cancer after getting exposed. Other illnesses include lupus, Parkinson’s disease, diabetes, kidney failure, and birth defects in children born to military members who served there during this period.

Many people have lost their homes and businesses due to contamination from toxic chemicals found in the water supply while they were stationed at Camp Lejeune over 30 years ago.

This is the story of Camp Lejeune’s water contamination. It’s a sad tale of negligence, greed, and hubris. But it can also be seen as a lesson for all of us about preventing future environmental disasters like this one from happening again.

Previous ArticleBiography of Edson Alvarez’s Girlfriend Sofia Toache
Next Article How to get the maximum PvP Rating in WoW Dragonflight without skills?

What is the Paper Airplane Flying Angel?

Benefits of a small standing desk that will help you get more done!